Home > Founder Advice > How Much Will it Cost to Design a Mobile App in 2022?

The global app market gets a strong fillip with similar-looking applications. The Google Play Store has more than 2.47 million apps, while the Apple Store offers more than 1.8 million apps. Amid such a backdrop, a new app can come out on top only if it focuses on first-class User Interface Design and exceptional user experiences.

What is the process and time to build a User Interface Design or a User Experience Design (UI/UX)? More importantly, how much does it cost to design a mobile app? Let us look at these questions by estimating the design cost of Uber and Instagram, the two top-rated apps.

The mobile app design process is usually divided into UX and UI design. However, each design team has its workflow for creating the layout. Most software development companies adopt the following design processes.

The design team begins work by looking at product peculiarities such as the target audience, business objectives, and competition. It focuses strongly on the in-depth user analysis needed to underscore user preferences, goals, and obstacle points. After collecting all of these particulars, the UI/UX team starts work on creating a mobile app design suited to the needs of the target audience. The team also emphasizes the problems and preferences of users while working on creating the design.

A wireframe is like scaffolding and refers to the orderly placement of all elements on the screen of an app. And from the outcome of their research, the design team creates wireframes to meet the preferences of the target audience. Creating a wireframe is an essential step and precedes prototyping. It helps clients get a clear picture of what the app will look like when it gets completed. At this juncture, clients can suggest changes if they are not happy with some parts of the design.

Design teams create several design concepts to facilitate clients to choose the one that appeals to them the most. They work with collaborative design platforms and welcome feedback such as comments and reviews on how the work is progressing. Wireframes help designers to come up with the most suitable solution for conversion into a mobile app’s UI design. They provide a quick and affordable method to visualize the concept, with a minimal loss of time and money.

Prototypes help both designers and clients in understanding what the app will look like in the end. As opposed to wireframes, a prototype is a detailed form as the entire UI development process is based on it. UI/UX designers create prototypes for each page of the app. If the project is to cover both iOS and Android platforms, design teams generally begin with the UI design of the iOS version and then move to Android subsequently.

If a client requires an app responsive to tablets, the designing process would be done along with the main design, but the cost estimation is done separately. Clients can give their feedback on collaborative platform designs, once a prototype is ready and suggested changes if any. Furthermore, most app development firms offer static or clickable prototypes on request.

Read Also: Difference Between Prototypes Vs Mockups Vs Wireframes

These may include crafting graphics such as illustrations and icons as well as creating complex animations. These processes are all estimated individually.

Although the estimation process differs between one company and another, most IT firms that offer software development services follow one particular method. For instance, premium design services in the US or Canada can cost up to $150 per hour. Meanwhile, similar design services in Ukraine will cost only $50 per hour. Hence, if a design firm has outsourced UI/UX services to Ukraine for building an Uber-like app, the cost would roughly come to $50 x 246 hours (the maximum design time) = $12,300 for both iOS and Android apps. In the US or Canada, the same service would cost a whopping $62,700.

Mobile app design costs may appear too high, but they are the creation of highly-skilled IT specialists. Also, if prices are beyond one’s budget in one country or there is a dearth of such specialists, design services can always be outsourced to another country, especially to India and countries in Eastern Europe. Platforms such as GoodFirms and Clutch provide a list of outsourcing destinations for checking UX/UI design rates. The hourly average design rate in the US, Canada, and Australia are $50 to $150, while it is $50 to $100 in Western Europe and the UK.

The rates get cheaper as we move eastward to Eastern Europe, at $25 to $50 per hour, whereas India delivers top-quality designs at $20 to $49 per hour. Designers in India charge less than $25 per hour, which is among the cheapest rates in the world. Hence, it does not mean that only the pricier countries or regions offer top-class quality services. Therefore, it is advisable to scout the market and zero in on excellent value for the money spent. Having a more in-depth knowledge of the company you are planning to enter into a contract with will make the entire work process a smooth affair without any hiccups.

How to hire a software outsourcing service provider?

There are some simple steps to follow when deciding to choose a reliable offshore service provider. First, you should go through the company’s portfolio thoroughly. Contact other clients or past customers of the company and enquire about their experience while partnering with that company. You can also read the company’s reviews on platforms such as Clutch, GoodFirms, or IT Firms. Furthermore, check whether the company signs non-disclosure agreements if confidentiality is necessary.

The app design is crafted according to the unique taste and preferences of the app’s targeted users. Therefore, simple apps with basic functionality are cheap to design. At the same time, apps that require more interactivity and creativity, such as gaming and shopping apps, cost more.

Whether designing your app from scratch or redesigning your existing app, your requirement type also affects the designing budget. Sometimes the design element the app needs is not readily available, and you have to customize them to match your app’s nature.

And customization is always costlier than taking something off-shelf. However, the charisma of customized elements adds to your app worth every extra penny, which can be returned in revenue.

The level of app complexity

The app’s technical functionality is also a variable factor in the app designing cost. Push notification, payment gateways, video streaming, and other API integration add up to the complexity of the app development and design as well. And when the complexity level increases, the cost to design the app enhances, too. So, be careful when you brainstorm your technical functionality.

Location of your designing team

Similar to the currency of different nations, developers’ and designers’ rate also varies. Therefore, when hiring designers or designing services, consider the following average rate and choose the right location for your app design needs.

How much does app designing cost

The UI/UX designs of both Uber and Instagram have been crafted excellently, which have placed the two apps among the most-used and most critical applications. This is the main reason behind looking at them in detail and estimating their design costs.

Uber was launched in the year 2011, and within five years, it has transformed into a global transportation network from a San Francisco-based car rental service. The app had completed more than 1.7 billion trips in the third quarter of 2019.

Uber’s popularity stems from the company’s pioneering move of making the act of calling a taxi extremely easy, with just a few clicks on the phone. Its smart interface has made the whole process like playing a simple video game. Uber has also done a fantastic job by designing apps for both passengers and drivers. The apps are simple in appearance, but quite complicated inside.

Let us have a look at how analysts have estimated the time it could take to craft a UI/UX design for Uber apps for both passengers and drivers.

Designing UI/UX in full is typically done for the iOS platform and is subsequently adapted for the Android platform. Hence, Android design roughly takes 60-70% of the time compared to the time needed for iOS design.

The exact and final cost depends entirely on the design complexity of the app’s UI/UX. A basic design of the app’s MVP version will be a lot cheaper.

This visual content app has an exceptional UX/UI design. User experience has remained highly satisfying as the designers who crafted the app have studied the science, art, and psychology of users. Instagram has an average star rating of 4.5-5 across all versions on the App Store. Although the app sometimes crashes or gets infected by malware and requires some more improvement, still people love using Instagram.

To sum up, the quality of user experience (UX) usually differentiates a good app from a bad app. A good UX separates successful apps from unsuccessful ones. Mobile users expect many things from an app, including quick loading time, ease of use, and joy during the interaction. If you are designing a mobile application and want it to be successful, you must consider UX as the most important aspect of design, an essential component of your product strategy. 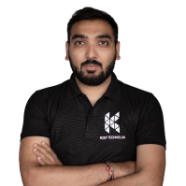 What Is a Startup Pivoting? What Practices Should You Follow To Pivot Your Business?

How Behavior Driven Development is Going To Define Your Success?

What’s The Role of EDI and API in The Modern Supply Chain?